The benefits of green tea are outstanding, to sum it up it is one of the healthiest drinks available.  It offers huge amounts of antioxidants and nutrients, is loaded with polyphenols such as flavonoids and catechins, and is known to have the power to heal the body from inside out.  It can even aid healing of the skin if used topically.

Green tea is a drink made from the dried leaves of the Asian plant Camellia sinensis. Though thought to have originated from China, it is mostly drunk widely across Asia where the rates of many cancers are much lower than the west.

Green tea contains six different types of polyphenols. The leaves contain these amazing ‘bioactive’ compounds such as polyphenols known as catechins, which are believed to be responsible for many of the health benefits of green tea.

The most abundant catechin in green tea called Epigallocatechin-3-gallate (EGCG); lately, it has been tested extensively to better understand its ability as a cancer cell killer.

The results of numerous studies clearly show that EGCG and other green tea antioxidants are toxic to cancer cells in the laboratory and show why researchers are so optimistic for their potential as another weapon in the arsenal for the fight against cancer.

Green tea is known to improve brain function to make you smarter.

Oh, and there are more benefits...

There are of course many more benefits to green tea that we may not be aware of; more studies are being compiled all the time as it's a drink attracting a lot of attention due to its healing properties.

According to authors of a "British Journal of Pharmacology" in an article published during 2013. They noted that the benefits of green tea may ward off viral infections, such as influenza, hepatitis and herpes simplex, and may offer anti-fungal and antibacterial benefits.

Brazilian researchers who published a study in "Nutrition Research" during 2012 found mice that drank a low dose of green tea extract for four weeks experienced significant improvements in atherosclerotic lesions and vascular reactivity, compared to mice that drank plain water.

There is no comparison, green tea is by far the leading winner, allow me to explain why...

​Black tea is fermented which means the EGCG is destroyed during the fermentation process, plus it's extremely acidic. It doesn't offer the same bacteria fighting antioxidants or promote the same blood flow to the brain.

​Pure Organic Green Tea is the one to buy because it is much more potent.

To make a good cup of green tea boil 100-200 grams of water to 80c. If your water boils to 100c, then allow it to cool slightly before adding it to your tea bag or two grams of loose tea. If you like a weak tea allow it to steep for three minutes before removing the tea bag. If you like it strong, as I do, then I suggest you leave the tea bag in.

Note: temperatures higher than 80c will destroy the antioxidant benefits of green tea.

How much Green Tea can you drink Daily?

The jury is out, but in my opinion, potency varies from brand to brand. As I suggested earlier you will experience more powerful benefits from drinking Pure Organic Green Tea rather than a supermarket brand that may be full of additives and could have been fermented.

To maximize the best results, it is better to consume only two to three cups, a good quality green tea will offer you in the region of 240 to 320 milligrams of polyphenols. ​

If you're taking Green Tea Extract supplements but still want to drink green tea, then you will need to lower your consumption accordingly. ​

Are You A Green Tea Pot Addict?

If you're sensitive to caffeine you could be prone to insomnia, anxiety, upset stomach nausea and frequent urination. It is, therefore, best to opt for a caffeine-free green tea or supplement.

If your children love green tea, then I suggest to give them caffeine-free because caffeine is known to be unsafe for children.

Never consume caffeinated beverages within one hour either side of taking supplements because caffeine and tannins deplete iron and folic acid absorption.

Over-consumption could produce toxicity and liver damage. In very large amounts it can interfere with blood clotting and interact with blood thinners.

Which Green Tea Brands Do I Recommend & Why?​

With so many benefits of green tea is there any wonder why we love it so much.

To help us all out, I spent many hours hunting for a genuine company that sells the real deal with zero hype, no fake promises, and good reviews with a high-star rating.

1. I  especially like Finest Organic Japanese Matcha Green Tea Powder Ceremonial Grade 30g by SPILLER & TAIT. I love Matcha, but if you're not a fan, then check out Vahdam Organic Himalayan Green Tea. Both brands are a perfect accompaniment to drinking alongside any raw sweet snack.

2. Supplementing is an awesome way to provide the right amount of Green Tea to your body. I highly recommend Modere Cell Protect Plus because it offers many other components to protect your health...it's really impressive and worth its weight in gold.

​In my opinion, Modere is a one of a kind and nothing comes close!

​Modere suggest on their site to not let free-radicals gain the upper-hand, they are only too ready to attack your body’s cells. Hit back with a power-packed punch by taking two Cell Protect Plus capsules per day. The ingredients are designed to support and recycle each other and to help you minimise the potential for damage from free-radicals.

Modere Cell Protect Plus is a must try product and with £10 credit on offer just to check it out, it's a no brainer! Click here to claim €10 off. 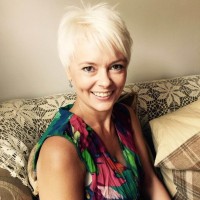 My name is Sharon and this site is about taking the toxic load off our bodies with products free of nasties and using amazing nutrition that really works. The benefits have been so amazing, I just have to share the 'Live Clean' message so that you and your loved ones can benefit too!

We use cookies to ensure that we give you the best experience on our website. If you continue to use this site we will assume that you are happy with it.Ok